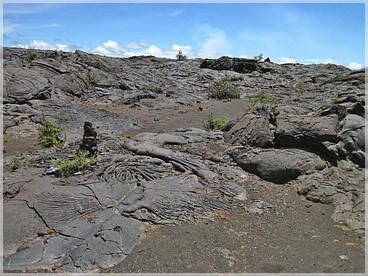 Kaʻū Desert is another fascinating facet of the Big Island. This area is composed of different lava features, volcanic ash, sand and gravel. The Kaʻū Desert lacks any substantial vegetation, due to acid rain.

A short 25 minute hike will lead you to awesome views of rolling ash-sands and out to the footprints area. Kaʻū Desert is both fascinating and other worldly. As you look around the landscape, imagine hundreds of years ago, this was the main “foot path” highway for native Hawaiians traveling from Puna district to Kaʻū district. 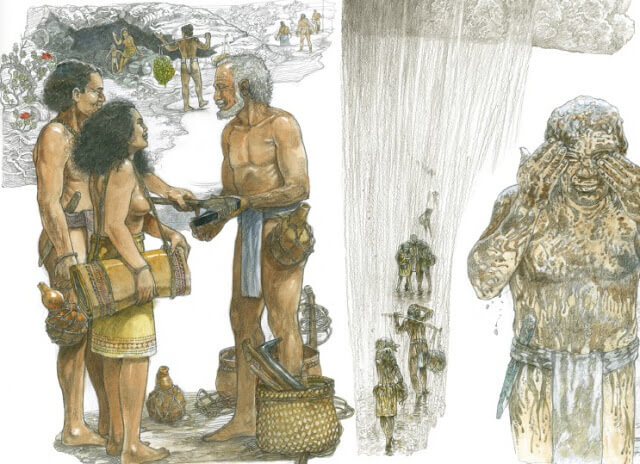 As Kamehameha was rising to power, he met resistance on his home island of Hawai’i from a man named Keoua.  Keoua’s army arrived near the Kaʻū Desert in 1790 on their way to battle the forces of Kamehameha while they were faced with an unfortunate and unpredictable event. The crater ejected a huge and explosive dense cloud of ash, sand, and rocks. Pulsing pyroclastic density currents occurred, which can be compared to huge (volcanic) shock waves. These currents swept across the western flank of Kīlauea and small “lava rain drops” (lapilli) therefore became embedded in the muddy ash. People who crossed the trail at the time left footprints that solidified in the area. The same pyroclastic currents caused over a hundred fatalities. Fatalities included part of Keoua’s army as well as normal, civilian Hawaiians who happened to be passing through the area.

This reconstruction is relevant today hence similar eruptions will probably occur in the future at Kīlauea and represent its most dangerous and least predictable hazard.

The trail to Mauna Iki is a 5.5 mile hike (one way) from the Kaʻū Desert trail head. Furthermore, you can see fascinating lava and volcanic features including Mauna Iki, pit craters, pele’s hair, lapilli, pahoehoe and ‘a’a lava flows. Look out for white tipped tropic birds, also known as Koa’e Kea, which are native Hawaiian sea birds who tend to nest around this area. Here are a few photos of that area, picture credit goes to Nate Yuen. 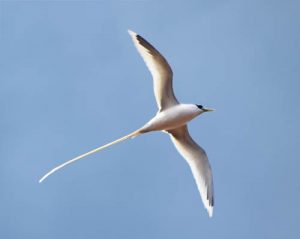